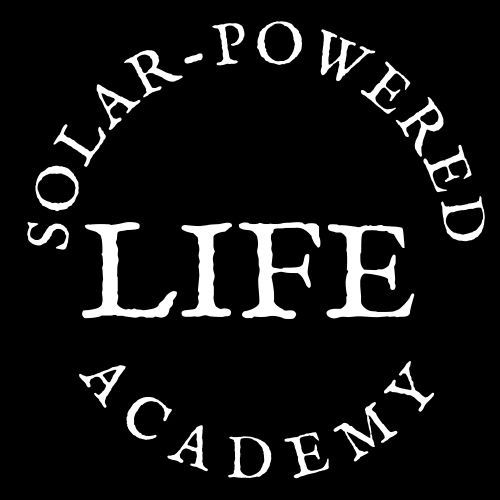 Hold On! Before you Leave!

Interested in a free journal?  Enter your email below and I'll send you this 35 page floral-themed jouranl for your personal use!

You'll also be subscribed to our (occasional) Newsletter  filled with Class Offerings, musings on how we learn, useful resources for fun educational experiences, and whatever else strikes my fancy.

YES! I want this journal! 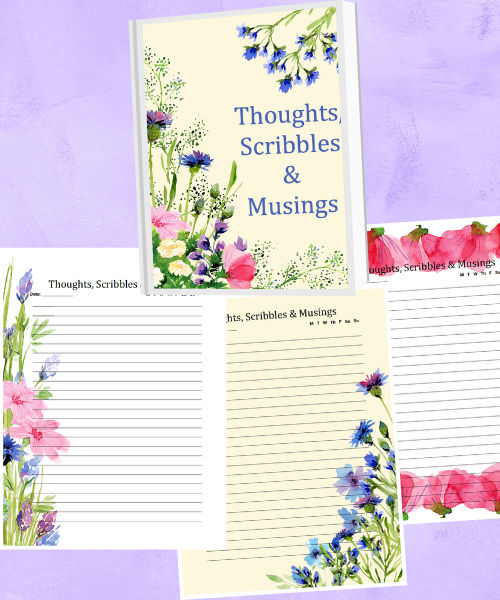 Fill this form out to request an invoice and sign up for our upcoming class:

Check your email for messages from jessica@thesolarpoweredlifeacademy.com

We will be in touch with more information shortly!

The Solar-Powered LIFE Academy would love to thank you for joining our mailing list by sharing with you this free resource.  We're so excited to share with you more insights, resources, and opportunities as we develop them.

Send me the Worksheet! 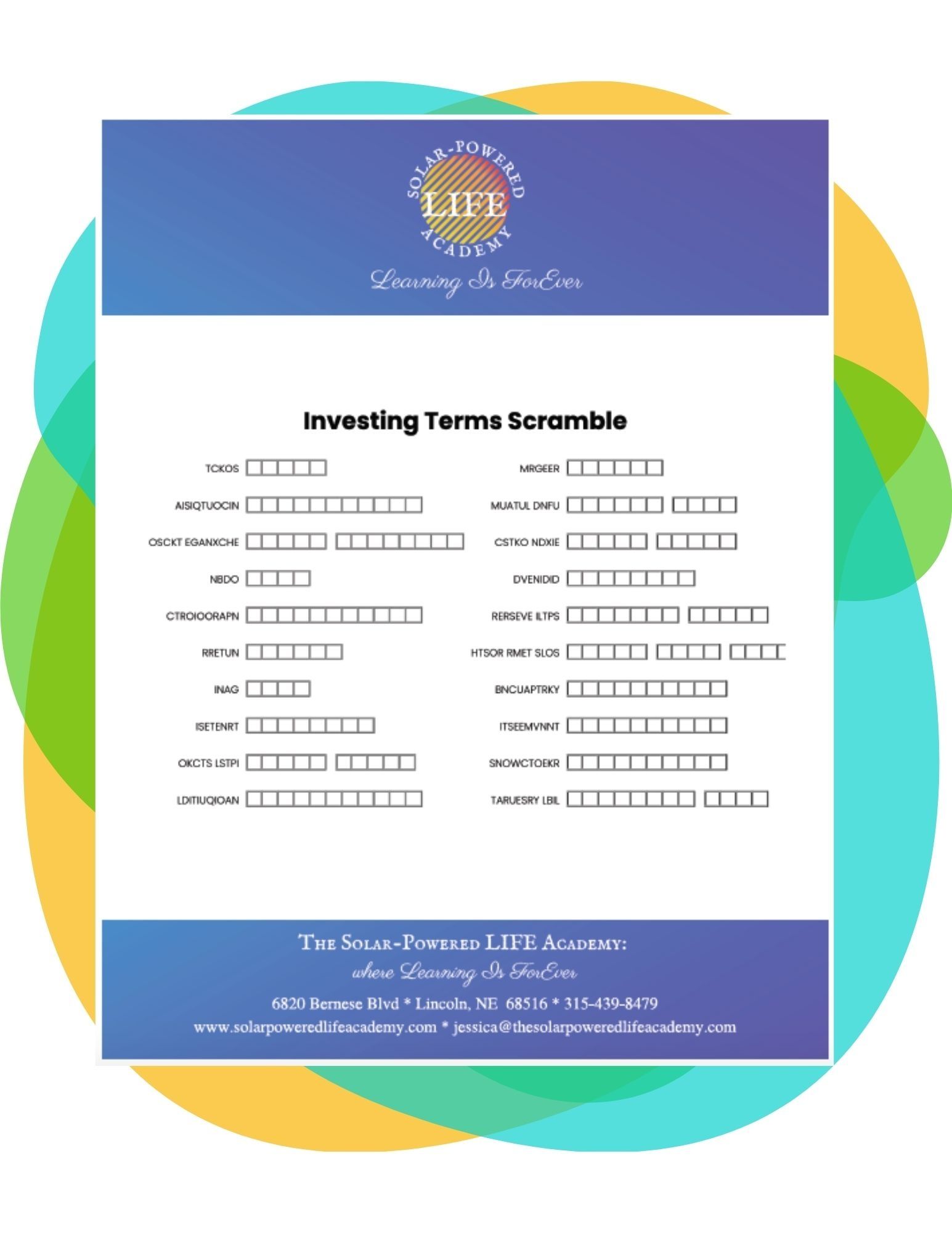 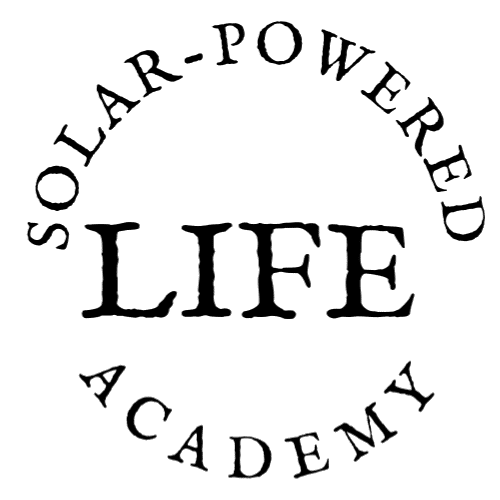 Come Learn with Us!

At the Solar-Powered LIFE Academy, we've spent our childhood learning from real life, and we want to share that experience with you.  Skip the boring textbooks and standard curriculums, and join us in our explorations of music, math, crafts, and more.

Check out our Class Coming Soon! (Read More Below) 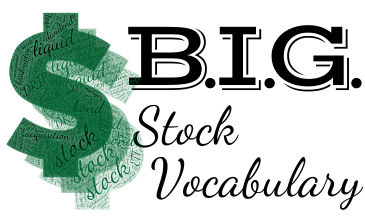 Click the button to read more about this new class! 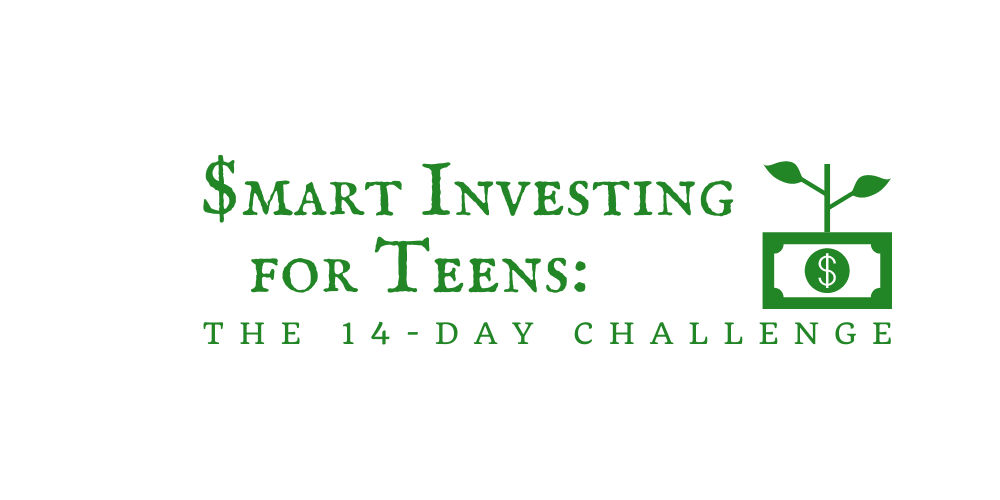 read much more below!

Last year, it suddenly occurred to me that my kids were growing up much faster than I had realized. Soon enough they would be leaving home and on their own to make all those important “adult” decisions. I had always intended to share with them my love and knowledge of investing, but if I didn’t get to it soon, my opportunity would be lost.

It was about this time that I told my oldest I wanted to teach her financial literacy.  In that snarky voice that only a teenager can perfect, she replied, “Do you have a syllabus?”

I found a book.  I planned out a twelve week course covering everything from taxes and budgeting to stock investing and entrepreneurship.

I was so proud of it!  Here it was, a full-fledged actual planned out course for the first time in my parenting career!  (I tend to be one of those fly-by-the-seat-of-my-pants parents and we tend towards the unschooling philosophy of education where we learn what we learn and don’t really make a plan for it.)

She was not impressed.

I plowed ahead anyways.  Except now I was SO excited about this course I had designed, that I didn’t want to keep it a secret. I wanted to share it with other potential students who could benefit! I offered it at our local homeschool co-op.

The first dropped out after two weeks because she wasn’t interested in doing any of the homework.

The second was an exchange student from Japan who struggled to keep up. I don’t know if she ever completed the investing part, although she did get pretty far and I gave her the materials to complete the rest.

In the meantime, I forced my kids through all the work.

They made it! They achieved my goal of finishing the course!

They will probably be the only ones who EVER finish that particular version of my course.

You see, I had the best of intentions, but I knew going into it that it is hard to keep the attention of kids on a potentially “boring” project.

And stock investing can be pretty dry and boring!

All those numbers that fluctuate up and down.

All those Excel spreadsheets!

I made it as relatable and interesting as I could at the time.

But I’ve learned a little something since then.

I’ve been studying how to produce a course for the masses hosted by the internet.

And how to make it enough like a game to keep kids interested and students from dropping out, defeated.

And I am SO Excited to be reworking this program to share with more teenagers!

Your teenager's mission in the next 2 weeks, should they choose to accept it, is to open their first investing account, learn the basics of stock investing through the ODDS Simulator, and earn $200 (or more) to invest with so that they are ready to take action and start investing with confidence and a plan for turning their $200 into a whole lot more.

HOW DOES IT WORK?

All students pick a portfolio of 13 real company stocks that they follow through 12 years of market activities including:

Short daily videos review the action for the year.

And That's Not All!

Imagine yourself at the end of this challenge:

You are now a teen with the knowledge and confidence to make smart decisions about investing in the stock market. (You probably know much more about investing than most of the adults in your life!) You’ve seen firsthand what can happen to a portfolio over the course of 12 long years in the market and you’ve learned about the risks and rewards inherent in investing. Your account is open and you are ready to take action. You understand that investing is a process, it takes time to grow your investments, and the sooner you start, the more you can earn!

But the fun begins before the official start date with activities like picking your stocks for the project, introductory videos, the BIG Stock Vocabulary bonus, and some preliminary actions to take.

The goal of this course is to teach your teenager the basic terminology and mindsets needed to begin investing.  Everything is designed to encourage your teenager to take action and finish the course.  Short modules are released each morning with a small homework assignment due within 48 hours.  If all homework is completed by the deadline, your student will earn back a rebate of $200 of your investment with which to fund their own investment account.  Bonuses include tutorials on how to use spreadsheets, the Beginning Investor's Guide (BIG) to Stock Vocabulary, question and answer sessions with The Solar-Powered LIFE Academy, and unlimited support by email throughout the duration of the program.  Access to all materials is guaranteed for the life of the course (as long as The Solar-Powered LIFE Academy is running it) or AT LEAST one year from date of purchase, but the rebate prize of $200 goes away at the end of the two weeks.  See the contract for more details.

THE INFORMATION CONTAINED IN THIS OR ANY COURSE OFFERED BY THE SOLAR-POWERED LIFE ACADEMY IS NOT FINANCIAL ADVICE.

The course is provided for educational, informational, and entertainment purposes only.  In no way should the information in this course be considered personalized investment advice.  Jessica Freeman and the Solar-Powered LIFE Academy are not registered investment, legal, or tax advisors nor do we broker or deal in securities.  All investment and financial opinions expressed by Jessica Freeman or The Solar-Powered LIFE Academy are from our personal research and experiences and are intended as educational only.  It is important to do your own research before making investment decisions regarding any particular company or investment security.  Past performance of a particular investment is NEVER a guarantee of future results.  Certain investments carry large potential rewards but also large potential risk.  Don’t ever invest in any financial instrument with money that you can’t afford to lose.  The value of your investment WILL fluctuate over time and you may gain or lose money.  More information on our Terms & Conditions and Disclaimers can be found at the links provided.

I want to make your teenager's learning experience more memorable and reduce your stress about their investing knowledge and future.

The world is full of intriguing things, but so many of them are taught using boring, unmemorable old-school techniques like lectures, textbooks, and essays.  Even online courses tend to be uninspiring and most of them are forgotten before they're started or abandoned before they're finished.

My intention is to change all that for you and your teen.  Let me guide you through fascinating topics and help you learn by osmosis from real-life examples so that you can absorb the knowledge you didn't know you were interested in and apply it in YOUR life.  Follow along with a program designed for you, earn rewards, be surprised, and start achieving your goals with your Mission Accomplished! 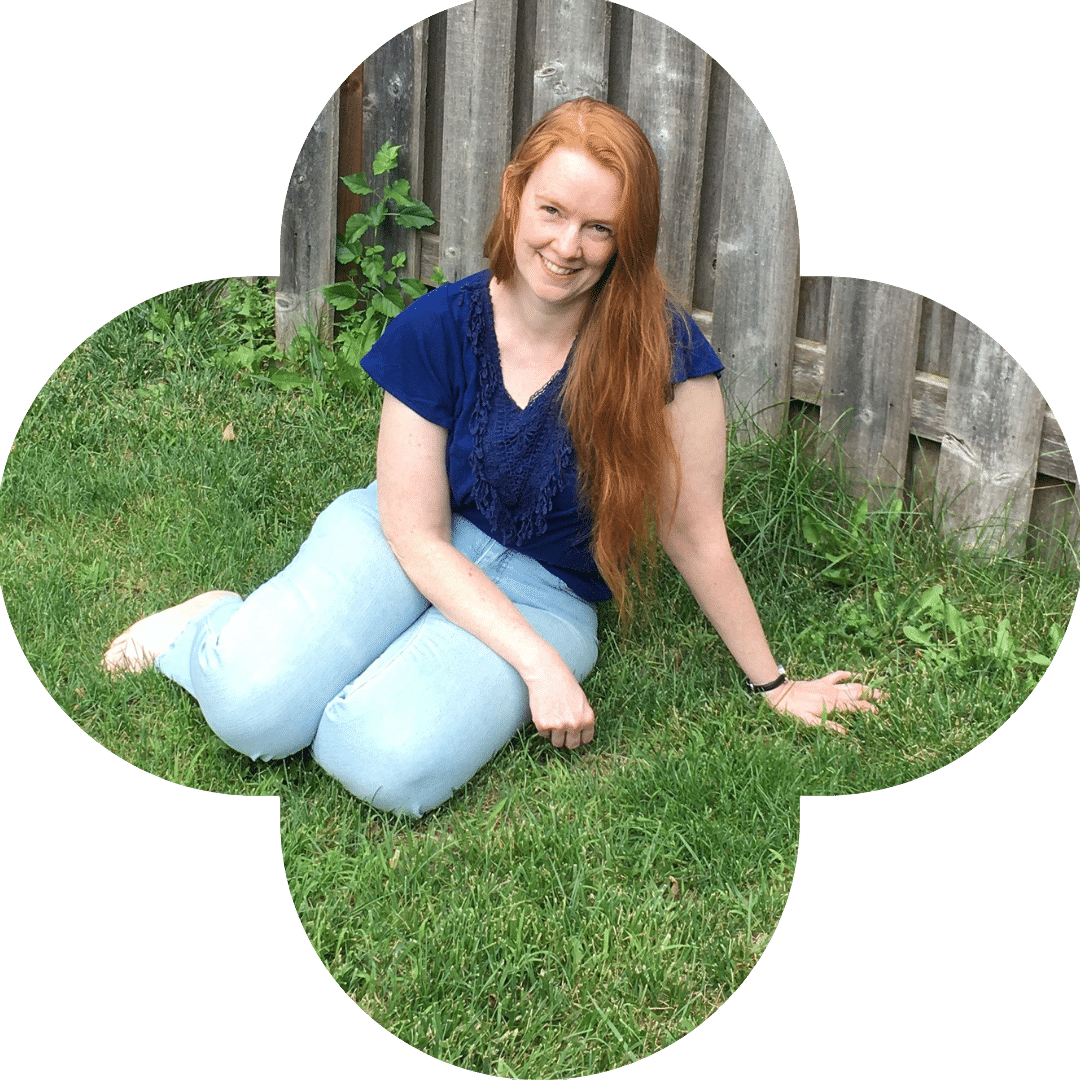 "I help Young Investors learn both confidence and smart investing strategies so they can take action and lay a solid foundation for future wealth. Are you ready to invest in your future?"

Yes! I want to invest in my Teenager Today!

Come Experience a new style of learning in our unique classes. 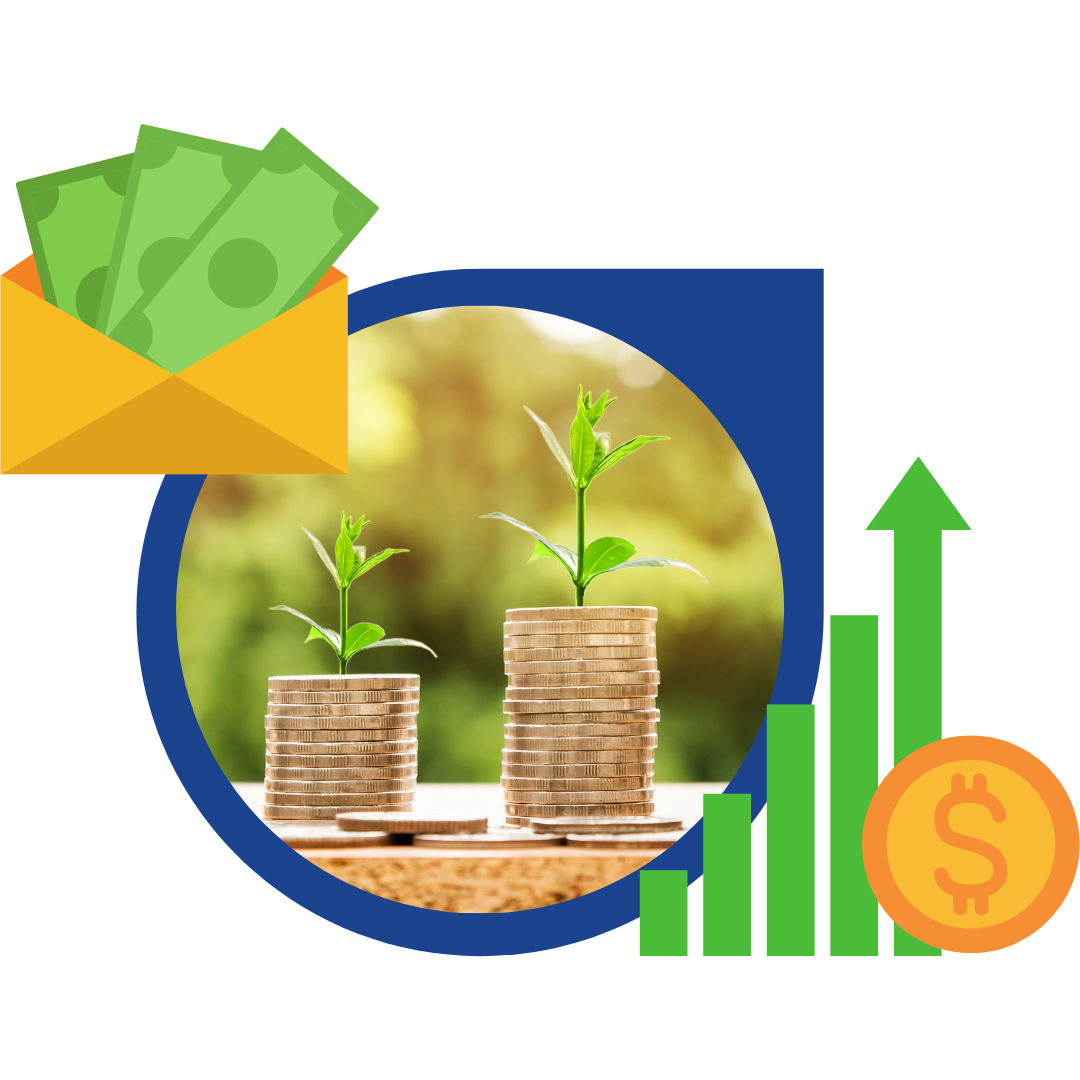 Learn How to Invest

Investing has a lot of specialized terminology that you don't understand and can go spectacularly wrong for inexperienced investors who follow the hottest trends.  How can you learn what you need to know quickly and easily so that you have the confidence and experience to start investing successfully?

Explore the Art of Being an Entrepreneur

Now that you've learned how to invest, it's probably time to start figuring out how to earn some money.  But you are a busy person with lots happening in your life and are not really interested in working a typical job at McDonald's.  How can you learn skills that you need in today's world while also beginning to earn real income for your future and current needs? 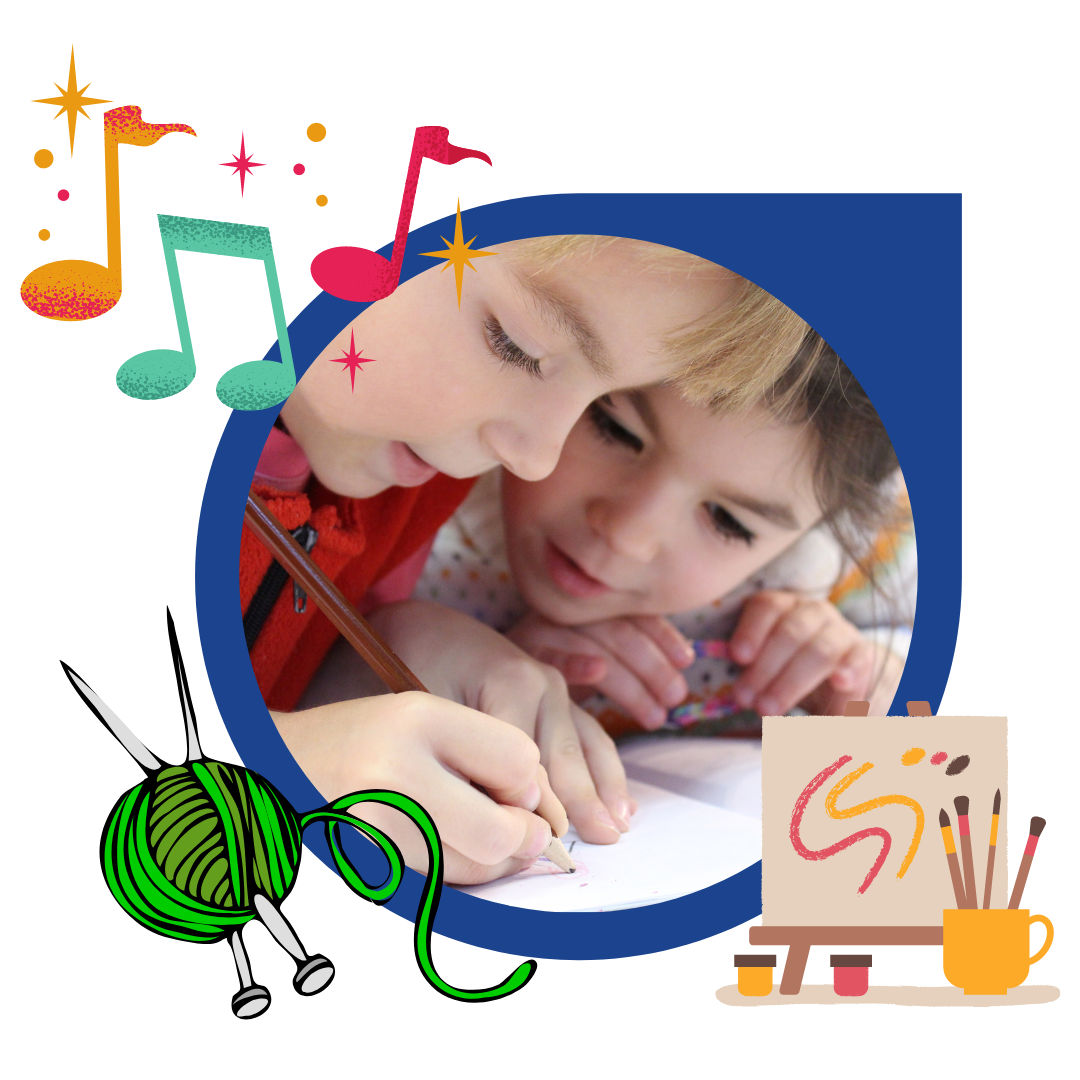 Jessica has taught lessons and classes to many homeschooled students in her area in subjects such as Beginning Quilting, Crochet, Knitting, Tatting, Beading, Music History, Music Theory, and Music Appreciation. She also has been teaching piano and organ lessons to students of all ages for many years.  If you'd like to request a new class topic, please email her today!

Email Ideas To Us!

Introduce some common investing vocabulary to yourself or your student with this simple Scrambled Worksheet.

Send Me The Worksheet 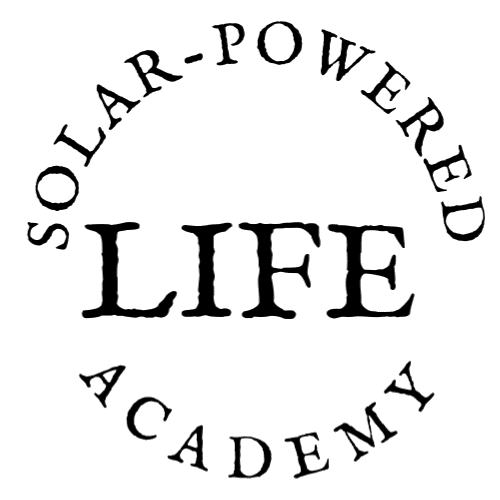